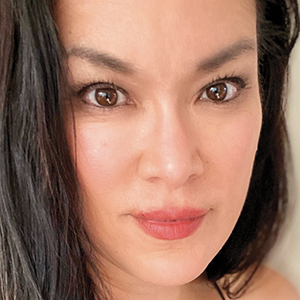 Maureen Nelson, violin, became a full-time member of The Saint Paul Chamber Orchestra in 2016. As former founding member and first violinist, she led the Grammy-nominated Enso String Quartet for nearly two decades, captivating audiences from major concert stages of the world, regularly concertizing throughout North America and abroad. Founded at Yale University in 1999, the quartet has been described by The Strad magazine as “thrilling” and praised by the Washington Post for its “glorious sonorities... half honey, half molten lava.” The quartet quickly went on to win top prizes at the Concert Artists Guild competition and the Banff International String Quartet Competition. Classical Voice praised the ensemble as “one of the eminent string quartets of our era.” Along with a busy touring and teaching schedule, Maureen made numerous critically acclaimed recordings on the Naxos label with the Enso.

A native of Pennsylvania, Maureen was enrolled in Temple University’s Center for Gifted Young Musicians at the age of 12, and began attending the Curtis Institute of Music shortly thereafter. As a winner of the Greenfield Competition, Maureen appeared as soloist with the Philadelphia Orchestra when she was 16. While studying in Germany, she was concertmaster of the Detmolder Kammerochester and has been a member of the Houston-based River Oaks Chamber Orchestra since 2010. During summers, Maureen spends her time away from SPCO visiting family, performing at chamber festivals and is a member of Lincoln Center’s Mostly Mozart Festival Orchestra. She is married to percussionist Matthew McClung and together they enjoy a daily coffee & crosswords ritual.

Why have you chosen a career in classical music? “My mother was determined that I would become the next greatest female classical guitarist. Much to her dismay, I turned her gift of a little toy guitar around, tucked it under my chin and started making ‘air bows’. I feel so fortunate that my mother had an intensely strong love of music and kept encouraging me, even in times when things seemed too difficult. Every day I remember what a gift it is to play and share music with others.”